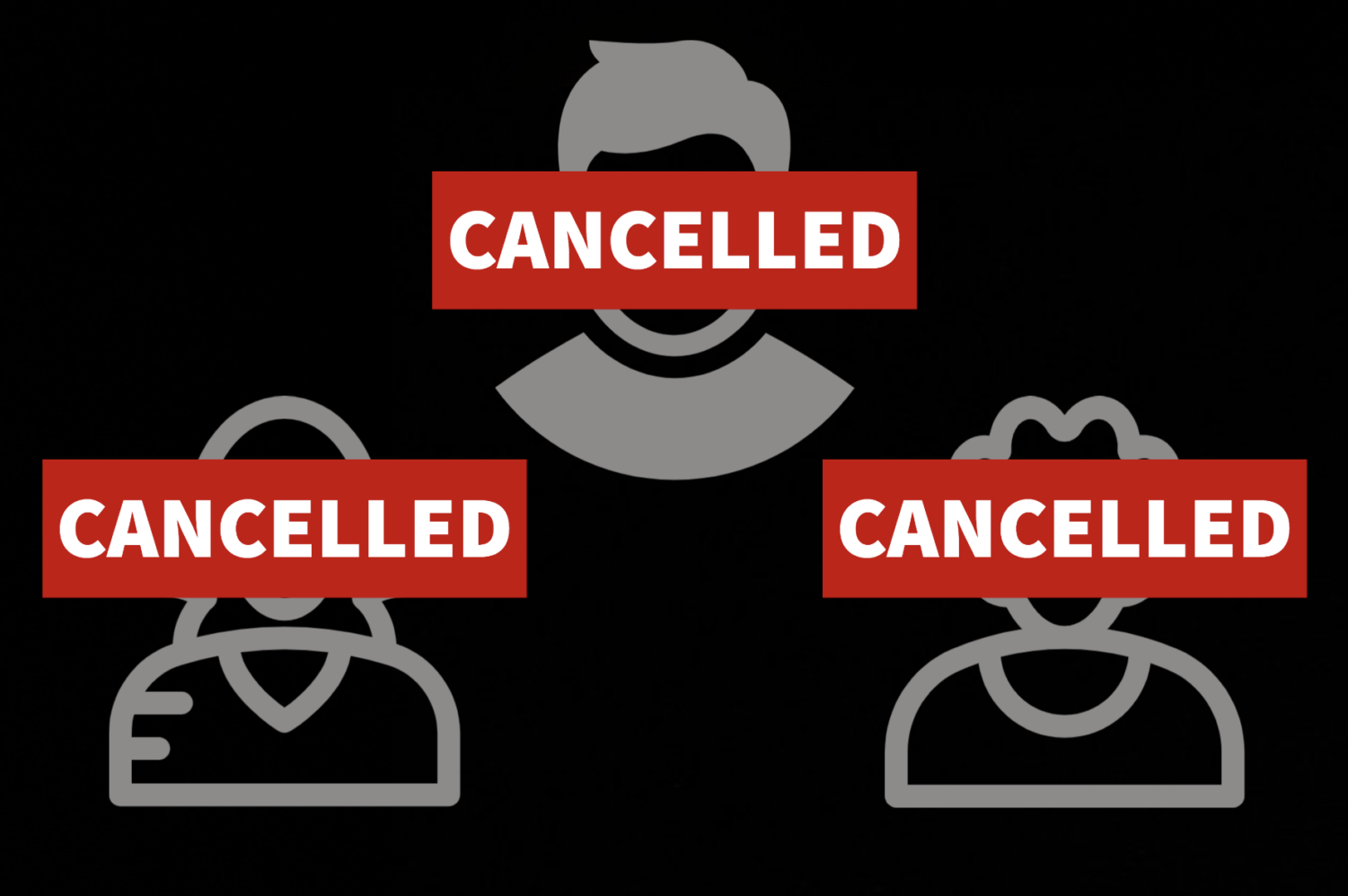 Cancel culture is becoming more and more a part of daily life.

Its History and Modern Influence

Howard Stern was canceled. So were Matt Damon and Danielle Cohn.

The term seems familiar, but what really is cancel culture? What does the term “cancel” mean? How is it affecting people today?

Cancel culture. Call-out culture. Whatever one may call it, the term has an extensive history that is still, if not more, present today. Getting “canceled” has 2 broad definitions: the withdrawing of social, financial, or political support, or the silencing of something or someone. Both of which are most often seen in pop culture.

Evangelia Papakosmas, a high school senior and prevalent member on social platforms, believes cancel culture can be rooted in either no origin or a harmful one.

“Cancel culture is a way for people to attack and criticize others,” Papakosmas said. “This can be for a bad purpose or for no purpose at all, which most times it is.”

Cancel culture has rather harmless origins. The phrase was originally coined around 2015 when it was used on Black Twitter in a jokingly harmless way. Users of the term would “cancel” things and ideas from oranges to toasters, yet the term has grown to be used in many aspects of politics, business, and the media today. Many see cancel culture most present in younger generations and those with most access to the media and internet.

“The younger generation probably makes cancel culture most prevalent because social media platforms and teens in general are most involved in these issues,” Jenna Bonafide, an active user of social media and high school senior, said.

Through social media it’s common to see cancel culture presented out of proportion. Careers and reputations can be impacted by a single Tweet on Twitter or Story on Snapchat.

“The most prevalent place I’ve seen cancel culture is TikTok because when what someone does or says is taken out of context, their whole career and following can be impacted,” Bonafide said.

Because of its widespread presence on social media, younger teens are gradually being exposed and taken aback by the culture. Anna Wilkinson, a high school senior, believes the age at which cancel culture enters one’s “feed” is rapidly decreasing.

Social media acts as the main platform through which people are informed about the most recent “cancelations.” With the combined effects of social media’s isolation and the harsh reality of cancel culture, mental health impacts are far from a little concern.

“Mental health is a huge issue with cancel culture,” Papakosmas said. “A lot of it has to do with self esteem because if someone is always being knocked down, they will start to believe them and their words. People start to become super depressed by cancel culture which can lead to far worse issues.”

While many of these mental health issues are rooted in the basis of day-to-day life, ever so often the extremes of cancel culture can lead to cyberbullying and exponentially more concerning issues.

“Cancel culture takes a big toll on mental health,” Wilkinson said. “Sending things such as death threats because a TikTok video said they should do so is an example of a contributor,” Wilkinson said.

Cancel culture rides a fine line between comical and damaging.

While pop culture is one strain of cancel culture most commonly seen among teens and actively involved participants, politics are dragged into this phenomenon as well, sometimes even being referred to as “cancel culture capitalism.”

Politics are involved in every part of one’s life. As can be seen in C. Wright Mills’ The Power Elite, the way someone lives their life is determined directly by their leaders at hand.

When announcing his lawsuit against Facebook, Twitter, and Google, former President Donald Trump used the term to refer to the treatment he, and many others, have received in the world of politics.

We’re demanding an end to the shadow-banning, a stop to the silencing and a stop to the blacklisting, banishing and canceling that you know so well.”

The concept of “political correctness” has been a hot topic for many years, yet modern use of cancel culture has made political correctness a weapon for both the left and right sides of the spectrum. Implementation of such a phenomenon is not only harmful to those at the heart of impact, but to regular citizens as well.

“I think cancel culture definitely poses an issue in regards to politics because once the public is aware of things being said or done, an opinion or bias is definitely placed on the person in question,” Bonafide said.

Cancel culture impacts not only the lives of the leaders in political positions of power, but even the simple lives of citizens.

How can one make an informed and unbiased decision? How can leaders be distraught and constantly in question? How can one trust the media that presents them with such misleading information?

Leave a Comment
About the Writer
Lora Simakova, Editor-in-Chief