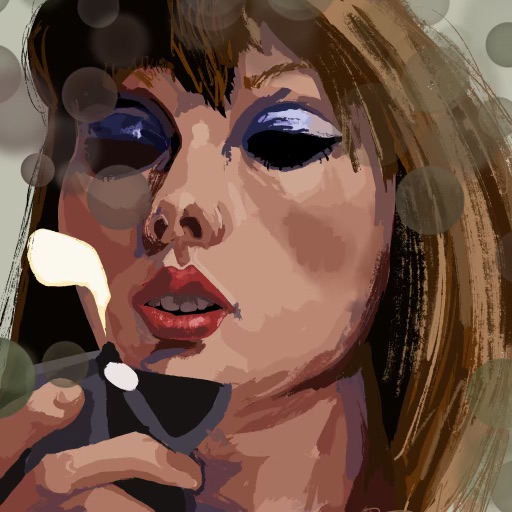 Taylor Swift’s 10th studio album, Midnights, explores the musical sounds of her career to much success and some disappointment. (Shayna Wilson-Spiro)

Taylor Swift’s 10th studio album, Midnights, explores the musical sounds of her career to much success and some disappointment.

Cryptic and Machiavellian is the New Black

In the release of her 10th studio album, Taylor Swift has returned once again with something—while perhaps not all that we were hoping for—remarkable.

Midnights, fittingly released at 12:00 AM on Friday, October 21, 2022, draws from her other albums’ sounds but adds a cherry on top. In past years, she has expressed the desire that each of her albums have a distinct sound reminiscent of the era. Though Midnights lacks this individuality, if all her previous albums explored a new musical theme, then it is a culmination: a spin on the voices, lyrics, and melodies that we’ve heard in the past.

Overall, the album satisfies. At times, her chorus of voices (that one might hear in “Cornelia Street” or “Cruel Summer” on Lover) gets tiring, lending a desire for less harmony and more singularity (like any song on Red or “Gorgeous” on Reputation). Some of the songs blend together as well, partly because they reflect her previous musical sounds. Still, each song is well-crafted and offers more of the same music that we love, if not a new kind of it (offered, for example, by 1989 with its pop exploration or Folklore with its folk exploration).

The musicality and arrangement of melodies are the album’s strongest points, building a deliberate, detailed, and pleasant sound, even as the messages gravitate towards darker ideas, such as revenge, trust, toxicity, and isolation. Swift’s lyrical abilities and her aptitude for crafting clever metaphors deepens the many darker emotions hinted at in the album.

Midnights gives listeners a glimpse into every pivotal era of Swift’s personal and musical journey. The nostalgic and all-encompassing album, despite lacking cohesion, tells a compelling story about the artist’s road to fame and love—with enough “cryptic” and lyrical metaphors to leave fans wanting more.

Fittingly, Taylor Swift announced her return to the road with what she dubbed the “Eras Tour” on Tuesday morning. Scheduled to take place from March to August 2023, she plans to take the world on a “journey through the musical eras of [her] career (past and present!),” as she stated in her Instagram announcement. Fans can expect more of what they heard in Midnights: an in-depth dive into the spectrum of Swift’s career and personal life. Like all things “Swift,” it will surely satisfy.

Leave a Comment
About the Contributors
Saniya Shah, Managing Editor

Saniya Shah is a junior at Wilton High School and a Managing Editor for the Forum. She spends every free minute writing something, whether it's poetry, a scene for her book, or a news article. She's a morning person, likes tea, and wishes she spent more time reading.

Yana Giannoutsos is a junior at Wilton High School. She is honored to be a Managing Editor for the Forum. She has a passion for all genres of writing and is thrilled to display her passions, opinions, and thoughts through writing about the Wilton High School community this year.