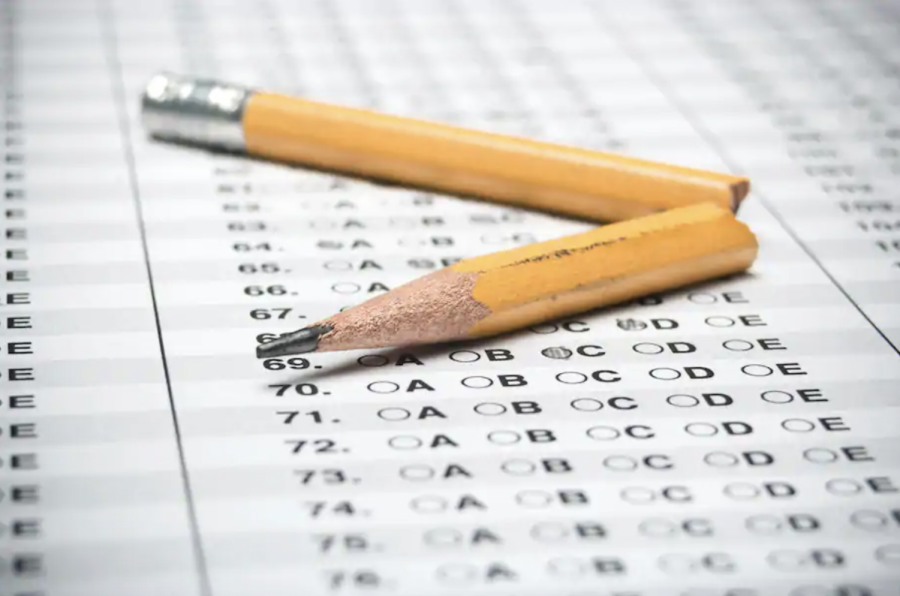 Many colleges and universities around the countries have decided to go test-optional from 2021 and on.

The COVID-19 pandemic has brought great anxiety and dread to many higher education-seeking high school students. Colleges and universities have been adapting their application processes since March of 2020 in response to the pandemic and its uncertainty in many aspects of society.

Higher education schools have noticed the difficulty students are experiencing when scheduling and taking their standardized tests. As a result, a noticeable increase in “test-optional” schools has risen, with schools both willingly and begrudgingly making the switch.

Students have found themselves worrying about the coveted application process, most clearly the testing issue, and the inability to take them. Annie Caldwell, a junior at Wilton High School, endured a test-taking experience similar to other students around the country.

“My test got canceled in December, so I had to wait another two months to take it. The unpredictability of COVID has really stressed me out in that way. I was really prepared for it, but then the test got canceled,” Caldwell said.

Students have had to adapt to the possibility of taking their test later than planned, thus increasing the amount of stress they endure and the amount of time they have to study. While waiting two months is seemingly not a significant change, many do not understand what comes with standardized testing preparation.

Caldwell, and numerous other students, had to retain and continue to study the information, habitually practicing and revisiting the material. Other students, however, found different issues with their scheduled tests. Caroline Sullivan*, from Newtown High School, faced additional challenges when trying to take her test.

“I think the most difficult aspect of this process was being able to take the test because I was quarantined. It’s stressful not knowing whether you’re going to be quarantined before your test. You have to be extra careful,” Sullivan said.

Sullivan was contact-traced one week before her SAT test date, requiring her to reschedule for a time later in the year. As with Caldwell, Sullivan has to retain the information she learned during her prep course due to the need to reschedule for the next test.

Colleges and universities have noticed the struggles students, such as Caldwell and Sullivan, are going through, thus making the switch from requiring a test score to allowing students the choice of sending their scores.

According to The Daily Princetonian, Claudia Frykberg finds that 1,070 schools switched to become test-optional before the pandemic. However, the COVID-19 era has increased the number of test-optional schools to 1,686 in response to students’ obstacles.

Many believe that colleges and universities going test-optional will increase the equality and inclusive admissions process by focusing on other aspects of a student’s application. According to Fortune, the pandemic has allowed for students to “shine in unanticipated ways.”

“Most of what we know about a student’s likelihood for academic success can be found by looking at a transcript and a school profile,” Heath Einstein, dean of admissions at Texas Christian University, said.

A large number of students agree with Einstein as well. Wilton High School sophomore Mia Cawley believes that schools shifting to test-optional levels the playing field for many applicants such as herself.

“Not everyone is fortunate enough to have tutors and prep classes to improve scores,” Cawley said.

Another Wilton High School student concurs, stating that the option of putting the test scores on your application or not has helped her in many ways.

“I feel less stressed for when I am going to actually take the SAT because schools going test-optional has alleviated some of the pressure off of me, knowing that I have the option to not put them on my application,” a student at Wilton High School said.

Students have consistently shown that the ability to choose whether they want their test scores on their application has removed some of the stress associated with the college admissions process.

The increased difficulty in being admitted due to a lack of test scores has also been discussed and considered. According to Frykberg, the relaxation of test score requirements has increased the number of applicants at top schools, with students believing that without their test scores, these prestigious colleges and universities could be their reach schools.

The Daily Princetonian reports that there were over 100,000 applicants directed towards New York University for the first time, most likely a result of the waiving of test score requirements. Due to the increased number of applicants, acceptance percentages plummeted, increasing students’ difficulty to be accepted. Students have to work harder on their application to make it stand out when being evaluated.

“It does require students to work a little bit harder and to learn what these different policies might mean for them,” Ginger Fay, director of independent educational consultant engagement at Applerouth Tutoring Services in Atlanta, said in an article by U.S News.

Thus, students with test scores on their application will seemingly stand out more since the vast majority will not send them in.

The COVID-19 pandemic has caused a great deal of confusion, anxiety, and stress for many, especially for prospective college students. With tests getting canceled and students having to quarantine, the college admissions process has not been a smooth ride for anyone.

Whether these new policies will become permanent or temporary, students will just have to wait and see.
*Caroline Sullivan is an alias, as the source did not want to release their information