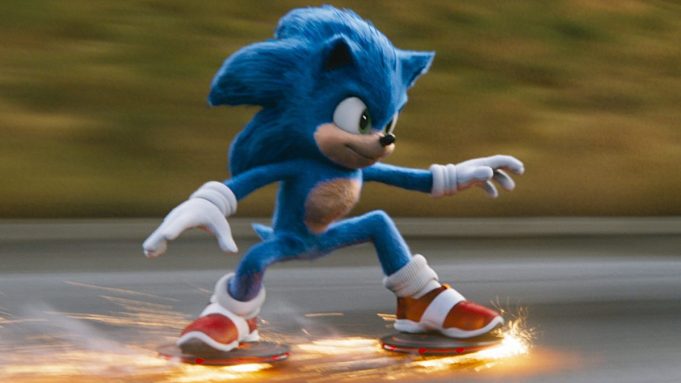 I try to keep an open mind for every film I see, but that doesn’t mean there aren’t some I dread. Sonic the Hedgehog certainly fell in the latter camp: it looked terrible, the film had been delayed and reworked, and the assembled creative team didn’t inspire much confidence.

And yet… it’s actually kind of good?

Sonic the Hedgehog isn’t a masterpiece or even that good, but a blend of charming performances and wholesome narrative make it an adequately enjoyable viewing experience. Considering the horrible marketing and well documented behind-the-scenes drama, I count this as a huge win.

In a surprisingly faithful approach to source material, Sonic the Hedgehog begins with the Blue Blur stationed on his native planet. Suffice to say, complications force Sonic to flee. He arrives on Earth, and after a prolonged stay of ten years, becomes quite comfortable in his new home. That changes when the sinister Dr. Robotnik (played by Jim Carrey) learns of Sonic’s existence — prompting our hero to make some human friends and race across the western seaboard in order to evade Robotnik’s clutches.

The performances are what make this film. Ben Schwartz’s Sonic is a wacky delight, and James Marsden’s Tom Wachowski (Sonic’s major human protagonist) makes for an agreeable sidekick.

Sonic’s script is simplistic and formulaic, but entertaining nonetheless. Although I wasn’t the biggest fan of the film’s humor, I’m clearly in the minority — my theater was filled with laughter.

To be clear, though: Sonic just scrapes into the “good” category. But as far as quick, digestible family films go, Sonic emerges as an overall fulfilling time at the cinema. Am I going easy on it as a result of my low expectations? Maybe. But I can’t deny that I was thoroughly engaged, as was my nine-year-old brother.

★★★★ – Great (e.g., Jurassic Park, Return of the Jedi, Guardians of the Galaxy, The Social Network)