“Star Wars: The Rise of Skywalker”: There Is A Disturbance In The Force 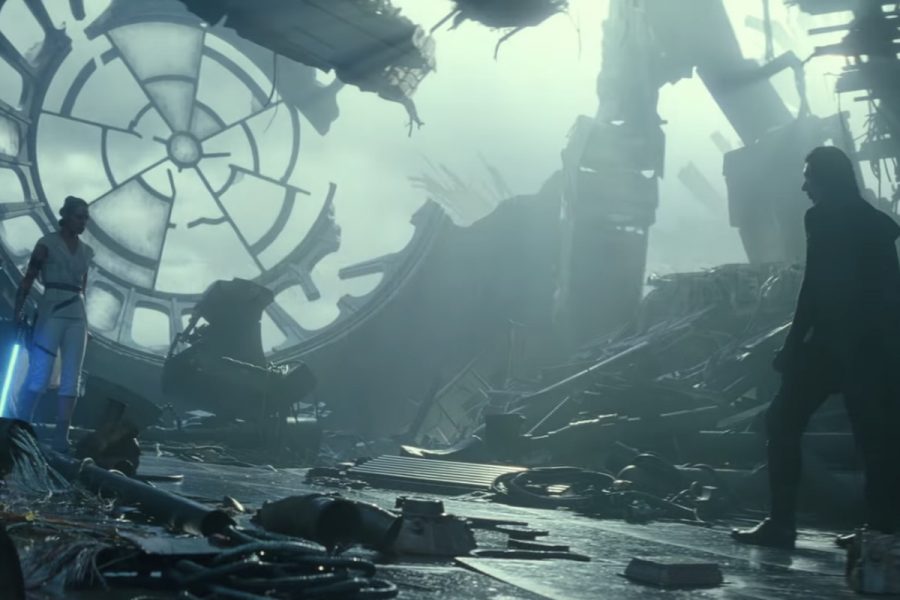 “Your journey nears its end,” croaks Emperor Palpatine, chief antagonist of all-things Star Wars in a trailer for Star Wars: The Rise of Skywalker. The villain is certainly correct, at least to an extent – The Rise of Skywalker has been billed as the ultimate culmination of the Skywalker saga. But did it have to end like this?

The Rise of Skywalker is a bad film. Not only that, a crushing film. Especially for me. I love Star Wars! I mean, not the prequels (obviously), but the originals are fantastic! Sterling examples of imagination, characters and visual effects. Each film was perfect at what it set out to be: A New Hope as a delightful space-western, The Empire Strikes Back as a darker, thoughtful sequel, and Return of the Jedi as a showstopping final act. And the newer, Disney-backed entries? I’ve found myself mostly enjoying them. The Force Awakens was fun and The Last Jedi, though problematic, proved at least entertaining.

The Rise of Skywalker, however, appears so burdened by issues of pacing, theme, and slapdash post-The Last Jedi course-correction that it fails to achieve even a superficially thrilling experience. The Rise of Skywalker is a disappointing, shockingly sloppy trilogy-capper unworthy of its predestined box-office glory, and I wish I could leave it at that. There isn’t much to say save for a whimpering sigh; there has been a disturbance in the Force. Must I elongate that into an entire review? Alas, here I go:

The Rise of Skywalker follows a now-familiar trio of Rey, Poe and Finn (played by Daisy Ridley, Oscar Isaac and John Boyega) as the conflict between the First Order and the Resistance reaches its endgame. Complications arise as Emperor Palpatine, Darth Vader’s long-deceased master, is revealed to be alive for… some reason? There actually is an explanation, but it’s so absurdly stupid that it may as well be a mystery. Anywho, Palpatine is back, and his vaguely-defined plan spells trouble for our heroes. This posits them on a crash-course with Adam Driver’s Kylo Ren – setting up a final confrontation for all involved.

The acting is good, I suppose. Anthony Daniels, after being given slim-to-no material in Force Awakens and Last Jedi, is finally allowed a proper reprise of C-3PO. The fan-favorite droid is far and away the highlight of Rise of Skywalker. Nearly all of the film’s best moments – whether funny or sad – stem directly from him. On that note, I’ll add that Chewbacca, R2-D2 and Lando Calrissian (who finally makes an appearance in this trilogy) are thoroughly charming. Ridley, Isaac, Boyega and Driver remain compelling, though Boyega in particular isn’t given much of substance.

What causes this malfunctioning Death Star of a film to implode isn’t an X-Wing, but a truly abysmal screenplay. Not since the prequels has a Star Wars script been this bad – I actually wondered whether George Lucas himself added some rewrites. There are so many gaping wounds within Chris Terrio’s script that I don’t know which to discuss first. The pacing, for instance, is utterly jarring. Rise of Skywalker moves at lightspeed, not allowing for a proper absorption of character or stakes. Never once do you feel the characters’ struggles; Rise of Skywalker fails to connect to its audience.

Oh, and the twists! Director J.J. Abrams’ lurid obsession for all things mystery is painfully prevalent, as he messily undoes the bold path forged by director Rian Johnson in The Last Jedi. Rise of Skywalker’s plot swerves are ridiculous and maladaptive; Abrams’ vision unsuccessfully melds with Johnson’s.

This brings me to my sad conclusion. Disney being Disney, I imagine that Rise of Skywalker won’t actually end up being the last Star Wars film. There will likely be countless more, some of which are bound to be good. Regardless, this hurts. As an ending to the core franchise, Rise of Skywalker does nothing but confirm my original thesis that things should’ve stopped with Return of the Jedi; a film I’ll soon be rewatching to purge myself of these memories.