“The Lego Movie 2: The Second Part” May Be A Sign Of An Animated Rebirth 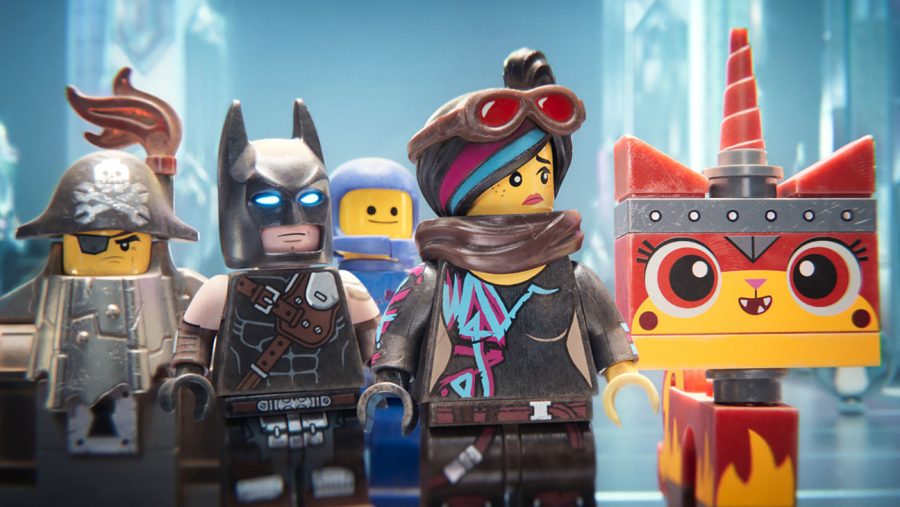 The Lego Movie 2: The Second Part: a competently animated, well-performed, but ultimately airless sequel that falls disastrously short of the original and fails to remain fresh in the mind for much longer than a half-hour. Thanks for reading.

Or that’s what I thought I’d be saying. The Lego Movie 2: The Second Part, despite my low expectations, is good. Really good. Is it as good as the first? No. But still: really good! It’s creative, intelligent, well-animated, and manages to build on its predecessor without entirely disregarding or otherwise compromising it.

Some of you may be confused by the surprise in my tone. After all, the first Lego Movie was a colorful, zany, animated masterpiece of a film that nearly caused a second civil war after it was shut out from the Oscars in 2015. Why wouldn’t its sequel be good?

One word: climate. Not climate as it’s scientifically defined (or any way you’re probably thinking of) – rather the current climate of animation in Hollywood.

I’m not sure how many of you remember this, but there was a time when animation ruled. Roughly beginning in the late 90’s, the golden-age of animation was a period that gave us numerous classics: Shrek, Toy Story, and The Incredibles all come to mind.

But then, something happened. Animation, for whatever reason, stopped being great. It didn’t go the way of the Western; there were still great abundances of them being produced. They just got worse. A lot worse. While films like Kung Fu Panda or Up became scarce, films like Norm of the North, The Good Dinosaur, and The Secret Life Of Pets began appearing in great numbers.

This period of animation, the period we’re in right now, is something I call the Dark Age (2010-present). It began right after Toy Story 3, and hasn’t showed any signs of stopping.

Until now. This film, along with the recent Spider-Man: Into The Spider-Verse, have finally given hope for a new age: a second-coming for the genre. I’m not sure if this means animation is set for a second golden-age – we do live in a world where Toy Story 4 is a thing – but there’s hope.

Oh boy, I’ve gotten off topic. Pedaling things back, The Lego Movie 2 mostly works as well as it does for its ability to build on its predecessor without disregarding it. A common sequel issue is to forget, only to reteach, the messages it presented from the original. Even worse, it usually means that the characters return unchanged, leading to a frustrating reteaching of said messages.

But while The Lego Movie 2 presents new messages, it doesn’t waste any time reviewing old ones. Its characters return with the lessons they learned in the prior film, making them not only stronger but more enjoyable to watch.

If there’s a flaw to find, and there is, it’s with the new world the film presents, the ‘Systar System’. Now, make no mistake – all-around, the world is well-fleshed out, creative, and adds to the film’s charm. But there are some things about it that don’t entirely add up. Granted, it’s a Lego film, but it’s more than a simple disregard for logic. A narrative reveal that comes at the end of the second act (no-spoilers) compromises much of what we know about the setting.

But that’s a small issue in a very, very expansive film. Which leads nicely into another aspect of the film I’d like to discuss: the visuals.

The visuals in the Lego franchise have gradually devolved from film-to-film. The Lego Batman Movie began substituting the creative aesthetic of the first for more traditional animation, and The Lego Ninjago Movie almost entirely disregarded said aesthetic (it also didn’t help that neither film was very good). I personally found the seemingly-gradual shift away from the original’s visual style disheartening. It was a big reason why the original was endearing.

Thankfully, in The Lego Movie 2, the aesthetic has not only been kept intact but also improved. There are visual bits, especially at the film’s end, that just left me floored.

The Lego Movie 2: The Second Part is not a perfect film, but it might just be the perfect sequel. It is an utter delight and I would strongly recommend going to see it.