“Glass” Is The Best-Case Scenario Of An Inherently Flawed Concept 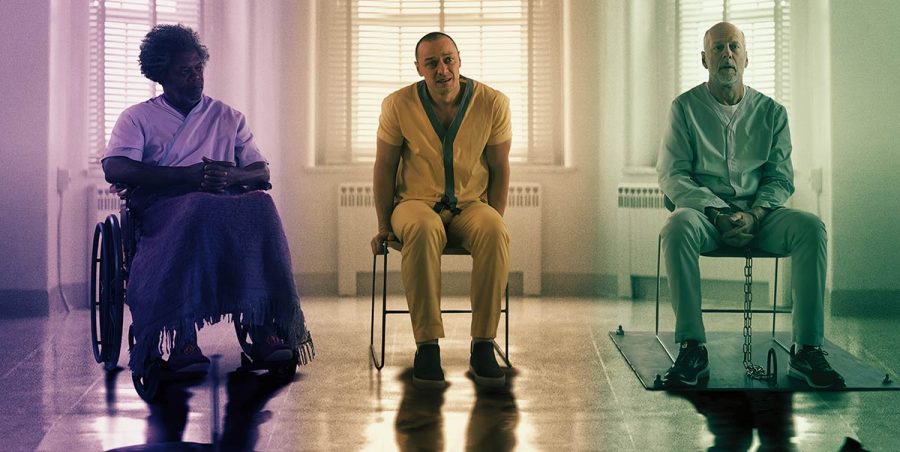 Reading through reviews of Glass that tout it as a ‘disappointment’ puts one thought into my brain: seriously? Critics, so-called experts on the medium of film, expected an Avengers-style crossover of two radically different films directed by the man behind The Last Airbender to be good?

Apparently so. Prior to viewing Glass, the fact that it received largely negative reviews hardly came as a surprise to me. In addition to sounding terrible, it looked pretty bad, too. The film, for those unaware, has based the brunt of it’s marketing on the promise that James McAvoy’s character from Split, a super-strong human-creature known as The Beast, will face off in a superhero-style brawl against Bruce Willis’s David Dunn of Unbreakable.

Unbreakable and Split, while both dealing slightly with fantastical elements, are mostly grounded in reality. There’s no epic, Earth-shattering duels to be found in either film. McAvoy’s Beast and Willis’ Dunn were never demonstrated to have abilities that far outside the realms of reality. So in theory, if the two were to battle, it’d just look like a slightly destructive street brawl between two middle-aged men. And I’m sorry, that just sounds ridiculous.

So it came as a delight to me that Glass spends the majority of it’s runtime fundamentally deconstructing that notion entirely. Yes, there are one or two instances where Willis and McAvoy fight. But overall, Glass adopts an unexpected, slow-burn pace that makes it a much more narratively fulfilling experience than I ever expected it to be.

Perhaps that’s why so many people have been disappointed with this film. Films that make and break promises, even if they’re in favor of a fundamentally better concept, don’t typically play well with audiences. War for the Planet of the Apes is a great example of that. It’s a film that promised big action spectacle, but delivered slow-paced character study. And judging by the film’s box office, most audiences weren’t too pleased with that switcheroo.

Now, don’t take that comparison as a way of saying that Glass is as great a film as Apes. Glass, whilst I don’t find them as troubling as most critics have, has a multitude of flaws. For one, a lot of the dialogue is poor. And not Flash Gordon-style corny. Genuinely poor and hard to listen to. This rings true especially for the supporting characters.

As well as the dialogue, the performances aren’t fantastic. While McAvoy, Willis, and the other main performers do serviceable work, the same really can’t be said for the supporting cast. They range from either mediocre to outright terrible.

And the twists the film presents aren’t great either. Without going into spoilers, there’s two major twists, and neither sticks the landing. They’re not bad, per-se. Just… anti-climatic. It’s hard to explain my thinking without giving them away.

Glass is a very difficult film for me to accurately judge. On one hand, it’s way better than I expected it to be, and there are a lot of things I like in it. Some I even love – composer West Dylan Thordson’s wondrous score, for instance. But the problems are such, well, problems.

I’m going to see this film again. There are too many things that I’m unsure of for me to properly assess it. Take my current rating as a perfunctory one. I definitely don’t dislike it, but I’m not sure I like it either. If you decide to see Glass this weekend, I promise that you won’t be bored. But perhaps temper your current expectations, whatever they may be.