The Prowess of the Opera 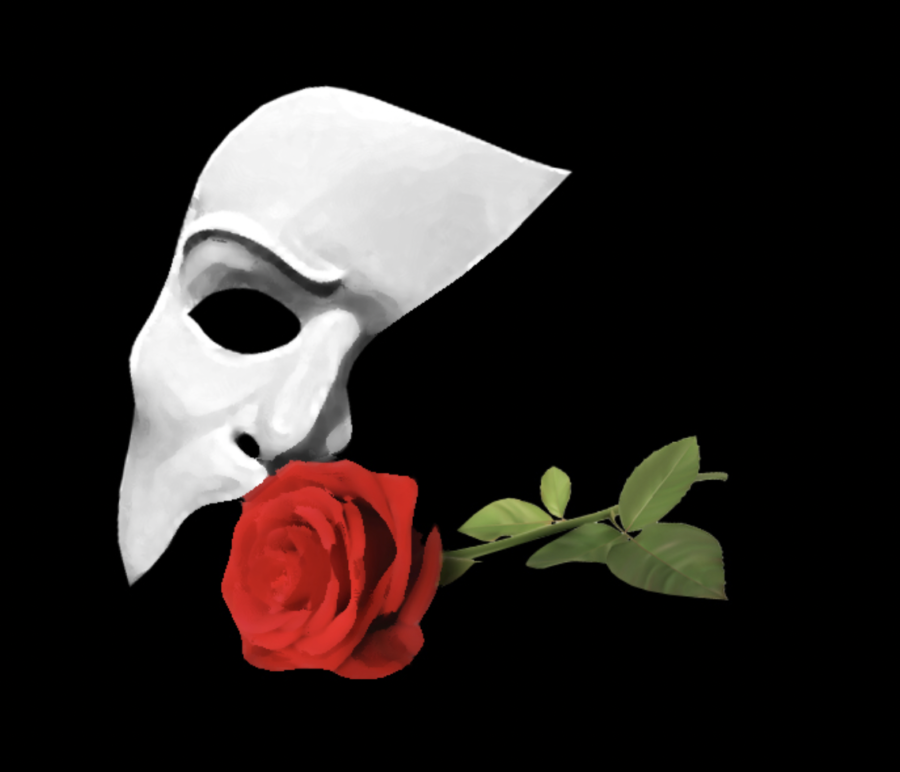 The Phantom of the Opera steals the audience away, bringing the drama, emotion, and terror to life.

A few months ago, at some ungodly hour of the night (for me, around 11:30 p.m.), it struck me that I had not yet listened to The Phantom of the Opera soundtrack. Given my general liking for musicals and that it is the longest-running one of all time, I decided I probably ought to.

The Phantom of the Opera soundtrack is powerfully written, enthralling, and snappy. Right from the “Overture,” the album embodies both the essence of theater and downright coolness. The majesty of the organ combined with the minor key, the descending chromatic scales, and the beat laid out by the drum set bring the enigma and peril of the Phantom to life.

The musical’s theme crescendos dramatically at the end of the Overture, only to segue into the sweeping, graceful tune of “Think of Me.” Of course, in the musical, these two songs are not performed successively, but in the soundtrack, the immediate change in tone gives life to the dichotomy between the Phantom and young Christine. The lyrics of “Think of Me,” which beseech a parted lover to “remember me” and “recall those days / look back on all those times,” reflect Christine’s charisma, the force that draws both the Phantom and her eventual fiancé, Raoul, to her. It is mesmerizing enough that, by the time the listener reaches the end of the track, they are also captivated.

The higher range and gentle yet mystical melody of “Angel of Music” makes for an achingly beautiful addition to the soundtrack. It continues on to the cryptic and more chilling “Little Lotte/The Mirror (Angel of Music reprise),” and then to the sinister, magnificent, and surprisingly catchy titular song, “The Phantom of the Opera.”

The beat and power of the Phantom’s theme in the “Overture” return in “The Phantom of the Opera,” while Sarah Brightman (the original Christine) shows off a deeper, richer tone as well as an expert vocal range. This track gives way to “Music of the Night,” which serves both as an earnest love letter and a warning for the audience. Michael Crawford (the original Phantom) ensnares the listener in the soaring, then sinking, then soaring rhythm of the music.

The first act ends after a few more numbers, notably the glorious “I Remember / Stranger Than You Dreamt It,” the lilting “Notes / Prima Donna,” and the tense “Why Have You Brought Me Here.” “Masquerade / Why So Silent” opens the second act with a catchy and exciting melody, building the energy before it leads the listener back to the musical’s more majestic and sinister theme.

At this point in the musical, many melodic themes repeat themselves, calling back on their previous moods and tones. This makes “Wishing You Were Somehow Here Again,” with its new raw and beautiful tune, all the more lovely. The song is a welcome reprieve in the midst of the musical, giving the audience a moment of peace before the build to the climax begins.

The second-to-last song, “The Point of No Return,” pulls the air between Christine and the Phantom taut, paralyzing the listener in anticipation, before “Down Once More / Track Down This Murderer,” the twelve-minute finale, swoops in. Themes from “Angel of Music,” “The Phantom of the Opera,” and “Music of the Night” return, wrapping the musical up with not so much as a bow but an astonishing, extravagant, and striking chord.

The Phantom of the Opera is long and operatic, but it earns every minute of your time with its impressive sound, complexity, and awe-inspiring vocal prowess. For those who enjoy musicals and have not yet listened to it, listen! For those who do not particularly enjoy musicals, this is one you might want to make an exception for.